Ordering “Tales from the Great Divide”

Tales from the Great Divide, Vignettes on the Origins and Early History of Canada’s Great Divide Trail and Great Divide Trail Association brings to life the memories of many of the ‘originals’ whose vision, idealism, dedication, and hard work over five decades made Canada’s Great Divide Trail a reality. Tales from the Great Divide reveals the adventurous, heartbreaking, and hilarious moments that characterized the early history of the GDT. Devising and establishing a route for this wilderness long-distance trail along the crest of the Canadian Rocky Mountains demonstrated a naive courage and optimism. These pathfinders faced personal hardships and their trail work took place at a time before lightweight gear existed and without technological aids such as GPS, inReach, cell phones or satellite phones. In their quest to establish the GDT with a protected corridor, they confronted threats from resource extraction industries and ATVs, bureaucratic obstacles, fluctuating political support and financial challenges. 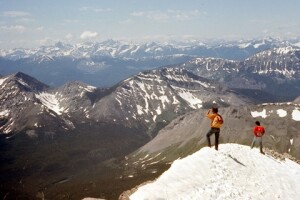 The idea to document the origin of Canada’s Great Divide Trail (GDT) and the Great Divide Trail Association (GDTA) emerged during a GDTA Signature Trip that took place from July 18 to 22, 2018. Dave Higgins, Mary Jane Kreisel (née Cox) and Jenny Feick, who were part of the original Project: Great Divide Trails crew, plus Jeff Gruttz and Lani Smith, who were involved in the early days of the GDTA, all signed up for the fourth GDTA work party in 2018 to build trail in the southern High Rock Section. While sitting around the campfire one evening, Wayne Marshall, one of the individuals who resurrected the GDTA after its period of senescence in the early 2000s, asked the five individuals who were involved in the 1970s to 1990s to share their recollections on how the whole idea of the GDT and GDTA started. The other volunteers relished this sharing of anecdotes and stories around the campfire. Julien Cossette, then a relatively new and active volunteer trail builder with post-graduate training in anthropology, said how important it was for all of the so-called “originals” to get their stories written down. The group felt especially motivated since Lani Smith had nearly died of a heart attack two and a half years before. 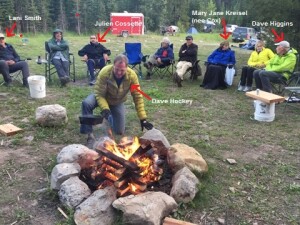 Tales from the Great Divide is a self-published compendium of stories from individuals involved firsthand in the start and development of the GDT and the GDTA. While technically nonfiction, the tales are based on recollections and the human memory is not always entirely accurate. Nevertheless, a reader can gain a good sense of the truth from the variety of information sources used. These include transcripts of storytelling sessions and telephone interviews, personal letters, and previously published written materials, photographs, illustrations and maps, plus more recently written accounts of past events, and footnotes with supplemental information. 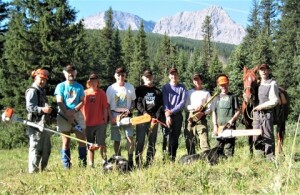 Friends of the Great Divide Trail group picture from their first work trip at Cataract Creek, Alberta in 2004 (Photo by Jeff Gruttz’s self-timer)

The Collector’s Edition of Tales from the Great Divide (290 pages, 200+ images)
Published in September 2019, the first edition of Tales from the Great Divide was launched at the GDTA’s AGM on September 30, 2019. Only 30 copies of what has come to be known as ‘the Collector’s Edition’ were printed. All copies sold by mid-November, 2019, and so the document is technically out of print. However, you can still order a pdf version from the editor, Jenny Feick, one of the so-called “originals” who helped initiate the GDT and the GDTA. The cost is $11.00 Canadian.

For those in the Calgary area, a copy of the Collector’s Edition of Tales from the Great Divide can be viewed by appointment at the University of Calgary’s Taylor Family Digital Library, as it is part of the GDTA fonds within the Glenbow Archives in the University of Calgary’s Special Collections and Archives. The GDTA and the Alberta Wilderness Association (AWA) also each have a copy of the Collector’s Edition in their files. 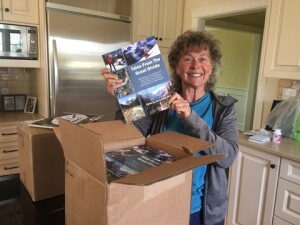 The Second Edition of Tales from the Great Divide (416 pages, 300+ images)
To launch the book at the GDTA’s AGM on September 30, 2019, the first or Collector’s Edition had to be quickly assembled and rushed to completion without a final thorough proofread from start to finish. As a result, it contained numerous errors from mis-spelled names to incorrect caption labels. Despite numerous obstacles, a reasonably good first edition was produced in time for the book launch.

Published in April 2021, this Second Edition of Tales from the Great Divide corrects errors found in the first edition after it was printed. It also includes more than 100 pages of new material and over 100 additional images. These include five segments from the storytelling sessions that were inadvertently left out of the first edition as well as additional information from people involved in the GDTA’s history and historical documents. Besides additional maps and photographs, this edition contains a Preface and various guides to orient the reader and aid the reading experience, an expanded detailed timeline, a bibliography, a list of past GDTA volunteers, newly discovered GDTA memorabilia, and an Afterword on the effects on the GDT and the GDTA of the 2020 COVID-19 pandemic and the rescinding of the 1976 prohibitions on coal mining on the Eastern Slopes of the Rockies.

People can order a print on demand copy of the Second Edition of Tales from the Great Divide from Amazon. The cost is Cdn $85.00. The pdf is available from the editor on the Nature Wise Consulting website. The cost is Cdn $25.00. The editor will also have some copies of the print version for sale to sell after presentations about the history of the GDT and the GDTA. 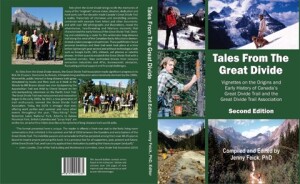 DAVE: (Turning to face Cliff) “But [in August] you did task Chris [Hart] and myself just to look for trail opportunities in a spot that you called the Highwood Highline. And you said, “I really want to do this, but I can’t, I’m working [elsewhere].”

CLIFF: (Chuckling) “My days off. I’m going to scoop this; it might be a bit better.”

DAVE: “You must have had a lot of faith in me at that point, because you said, ‘You do this one.’ (Turning to everyone else in the room) He actually sent us out to actually find a usable route through the upper Highwood [River] country. That was the key thing.”

CLIFF: “It pulled it all together.”

DAVE: “It really pulled it all together. (Turning to Jenny and Mary Jane) And I think it was you two…”

JENNY: [Meanwhile] “We were doing Carnarvon [Creek and Lake area in Alta.].”

DAVE: “Yes, you dropped Chris and I off around Cataract Creek, and we hiked all the way up to the headwaters of Cataract, Lost Creek, actually, and began working our way north. And, immediately, it was the ‘Ah ha’ moment because, ‘Wow! This is about the best terrain we have seen yet.’ There were usable game trails, a few usable outfitter trails, and they all went exactly where we wanted to go. The viewscape was spectacular. At that time, the forest cover was intact all through that country, and it had the advantage of being very accessible from Calgary.”

DAVE: “Because of that, we had spectacular weather, of course, so we could fully explore that [area]. So, that was the basis of our [later] push to start building the [Great Divide] Trail. Here [in the Highwood], we have a place we could work that we could get to [from Calgary]. Even on a weekend, you could go in and get a reasonable amount of work done. And it was just painfully obvious [in the mid-1970s] that this is where you want to be. Partially, also, because on the B.C. side, it was a scene of devastation with the Fording River [coal mining] operation.”

CLIFF: “We knew we were going to have to get around that [coal mining area].We probably thought we wanted to get into Elk Lakes Provincial Park [in B.C.] but we knew we had to get back [into Alberta].”

DAVE: “So, this was really good, and the area had everything going for it. So, with that there, it was just so convenient and obvious that we would start our [trail] work in that location.” 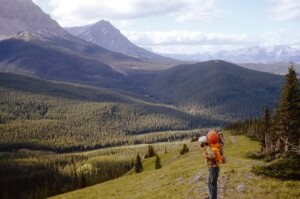 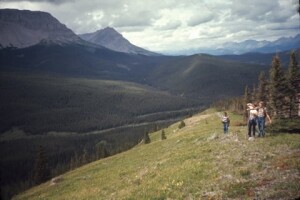